We've sent you an email with a link to update your password.

We will send you an email to reset your password.

I had an interesting discussion with my wife the other night.  We were winding down.  I was reading, and she was enjoying bunnies, dogs, and the other joys of Tik Tok.  I'm not super big on most social media, though I do see its usefulness.  Admittedly, I do spend a good amount of time on Twitter.  This isn't the most positive environment, but I like that I can moderate what I see and don't see.  To whatever extent possible anyway.  The algorithms moving the pistons on Tik Tok are a total mystery to me, but it sure is remarkable how it can develop a whole feed designed specifically for you.

Inevitably, on 'Christian' Tik Tok, you'll get the encouragements, mini-sermons, admonishments, and the like.  Then, there are, of course, the prophecy folks.  Certainly, Tik Tok isn't the exclusive place for this type of media, but it does seem to come up frequently, and it is what spurred the conversation between my wife and me.

I can see why it is important to study end-time prophecy.  When you read the scriptures and attend church you will inevitably cross paths with this topic.

Though, well-intentioned, I think, many of these end-time prophecy expositors tend to conjure fear and suspicion; an almost conspiratorial paranoia.   The most commonly used framework, that I've observed, is the cataloging of current events, in America and abroad, namely Israel, and overlaying them atop the scriptural commentary about similar events.  Ultimately, signaling to us, the end of this world, the return of our King, and the inevitable victory of the Church.

Of course, my opinion on this is merely anecdotal and is exactly that, an opinion.  Nothing more.  So take it, as you should take most things, with a grain of salt.

Here's the thing about prophecy.

Okay, so now we know, it is a claim about something, probably an event, but not always, that will happen in the future.  And for sure, we cannot say whether a prophecy is true or false until the predicted event has come and gone.  Whereby, said prophecy is found to be true or false.  Something like that.

Here's the rub.  The bible is the only book in human history to contain verifiable, and true prophecy.  Where an event was described often centuries beforehand and thereafter the event did happen.  Isaiah 53 comes to mind.  The description of Jesus, his life, ministry, and crucifixion about 600 years before it ever happened.  That's just one of many.  One of the hundreds!  So we know the bible is true, it contains prophecy, those prophecies have happened.  But, what about those that haven't?

This is where we enter into the entertaining, crazy, semi-fanatical, tin foil hat-like, conspiratorial, pseudo-theological, conjecture-laden, speculative, probably good-natured, and well-meaning corner of the internet that is end times prophecy.  Much of what the bible says about the end times is so mysterious.  Much of what it says is very clear.  Don't get me wrong, I think it's a very important topic!  We need to study it and like everything else in the bible, it is useful, good, and true.

What did Jesus Say?

However, and this is what Lori and I discussed, Jesus makes one very important statement about this subject (well, he actually makes a few, and they are all important, but this one is most appropriate for this post):

"God only knows," isn't just a colloquialism.  As always, I highly recommend going back to read the entire chapter so you can get a full view of this particular piece of scripture.  We don't know when the end is coming.  So, if we are going to speculate, I think it wise to do it through the lens of Matthew 24:36.  This may be a good way to stay out of trouble.  I guess we have to be careful about defining events as categorically true or the exact fulfillment of prophecy when we don't know yet.

Lori and I landed on a couple of key points.  Or at least key points for us:

I think it may be important to parse this out a bit. There is no way I can look at that verse and ascertain that Paul was telling Timothy he will never be afraid.  I don't even think it is possible to never be afraid.  However, I do think it possible to be courageous in spite of the fear. It is not healthy nor within God's design for us to be panic-stricken, paralyzed,  and paranoid. Maybe something like this:

2.  "Behold, I send you out as sheep in the midst of wolves.  Therefore be wise as serpents and harmless as doves." Matthew 10:16

The bottom line behind all of this is we don't know and we will not know for sure when the end is coming.  We can ascertain the signs, walk steadily in truth, and in love, prayerfully, and enthusiastically.

Finally, and maybe most importantly, I didn't write this to condemn or condone our social media prophets.  Just to express my own personal observation and perspective and the biblical truths I am reliant on going forward.  I would call it a method of digestion.  I'm grateful to all of those who so fastidiously follow current events and study the Word in order to share with the rest of us.

Truthfully, I must confess, I'd really like to know.... 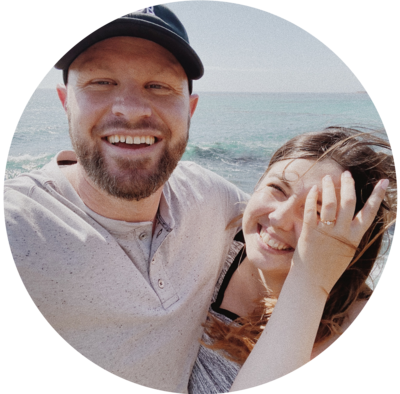 Above everything is our love for God and His people. We want to use our skills for His glory and to further His kingdom.

This website uses cookies to ensure you get the best experience on our website. Learn More
stand firm in faith
FIND US ON :
Quantity
Go to product page